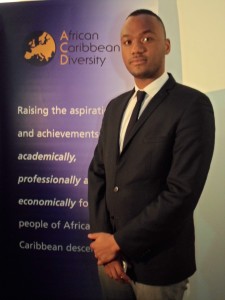 Fidel is the founder and head-hunter at Tech Talent Group, a innovated technology company which seeks to recruit and match Europe’s best digital talent with London’s leading brands and start-ups. He is interested in entrepreneurship and high growth technological firms. Fidel joined ACD in 2007 and has continued to say in contact with the organization promoting its impact on his life and the benefits of ACD’s mentoring and enrichment programme for others. At the age of 15, he journeyed to the United States to witness the first Inauguration of President Barak Obama in 2008.  Fidel managed to place himself in front of the White House and was only a few thousand of metres away from the Obamas during the inaugural parade.

Fidel has been an outspoken supporter and promoter of ACD since his graduation. Check out what he had to say about ACD’s mentoring and enrichment programme here:  What Does ACD Mean to You?