ACD Welcomes its New Students for 2014 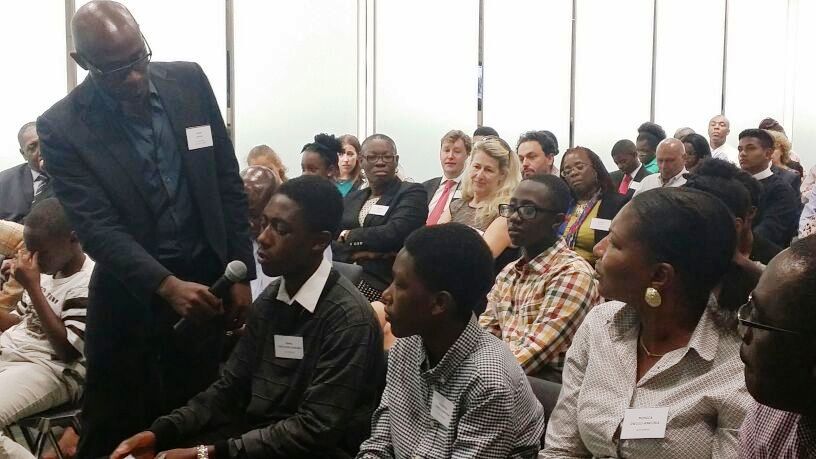 Over 100 people gathered on the ground floor of international law firm Slaughter and May in London to welcome a new cohort of students onto African and Caribbean Diversity’ Mentoring and Enrichment Programme. 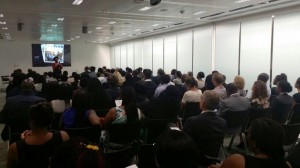 Famed broadcaster and conference host Henry Bonsu, once again moderated the annual event . He was joined by a panel of current ACD students and ACD Alumni to highlight for the guests present the impact and legacy of the programme.

Kate Hursthouse, the Corporate Responsibility Manager at Slaughter and May, kicked off the evening welcoming guests to the prestigious firm.

Therefore, there is a need for programmes like African & Caribbean Diversity to raise the academic attainment and more importantly the aspirations of black British youth in London, King said. 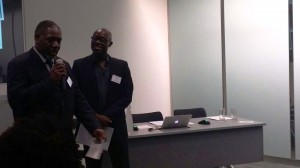 ce when he told his story of the impact the programme has had on his son (Andre Wheeler, ACD 2013) and on himself.

Mr Wheeler described how ACD and ACD’s mentors emphasize the lessons parents were already teaching their children at home. He added how ACD has helped his son mature, gain confidence and think critically.

“We’ve been able to have deep conversations,” said Mr Wheeler, adding that even a year after his son attended they were still debated the seminar contents.

The passion in his delivery spoke to the crowd and a few eyes were seen to swell.

What Mr Wheeler did for parents, ACD’s Student Panel did for the young people in the room, which also consisted of several younger siblings. 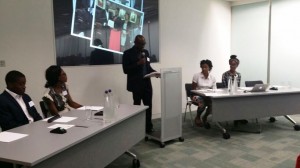 The panel began with ACD student Sam Adefioye (ACD 2011) and his mentor Steven Edwards from Slaughter and May who shared their experiences of their mentor-mentee relationship.

Guests were also blessed to hear from ACD Alumnus, Aminata Vandy (ACD 2009), who spoke of how her mentor had encouraged her to aim high, so she took an extra year to complete her A-levels, received 2 A*s and now is contemplating several Russell Group universities to attend.

After Aminata told her story, one boy in the audience was overheard saying, “If she can make it from Peckham, so can I.”

ACD Students Brea Childs (ACD 2010) and Sophia Enyi (ACD 2013) also shared their wealth of knowledge and experiences with the new cohort of students.

Sophia, who had just finished a work experience placement at the Bank of England, told her new ACD peers to go for all the opportunities presented to them. She spoke of how she initially didn’t want to apply for the work placement, but after encouragement, she did and she enjoyed herself and had the opportunity to complete a second week. 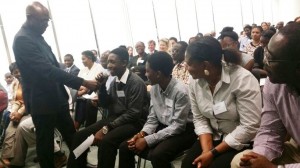 After the formal programme, guests had the opportunity to mingle, chat, and consume delicious hors d’oeuvres courtesy of Slaughter and May.

It was a wonderful evening.

African & Caribbean Diversity still has spaces on its 2014 Sixth Form Programme which begins with a summer school in London from Tuesday, 26  August – Friday, 29th August. For more information, or to register a student please contact Laura at info@acdiversity.org