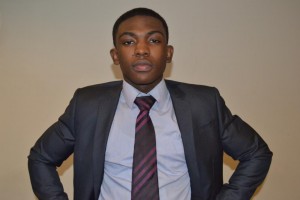 Kwaku joined the African & Caribbean Diversity in the summer of 2010 after being referred by another ACD alumnus ‘Christiana Imafidon’. It was a pivotal time in Kwaku’s education as he was torn between a career in engineering or finance.

[pull_quote_left] I would consider myself to be a jack of all trades but a master of none; as such I was torn between a career in engineering or finance.[/pull_quote_left]

Joining ACD proved to be very helpful for Kawaku and he credits the programme for molding his character through networking opportunities, mentoring, business workshops and exposure to many firms.

Through ACD, Kwaku gained work experience with ARUP engineering consultants where he used company graphics design packages to develop the infrastructure for a bridge in rural China. Another major highlight was working on the lighting for the 2012 Olympics in London.

Kwaku also had the opportunity to work at Citi as a technology intern. During his time at the bank, he learnt how technology supports functions that underpin the revenue earners.

Kwaku is currently a student at Loughborough University studying Electronic and Electrical Engineering and working on a variety of technical projects including programming a robot to traverse and obstacle course. He hopes to return to the City soon to complete a work year.

[quote_center] ACD has being life changing; just the journey to city office is awe inspiring. The key to my success has being the relationships I’ve built over the years as I continue to increase my network. I am now “unofficially” a mentor as I’m still at university. I have two younger siblings joining the programme and will continue to support and promote their work [/quote_center]