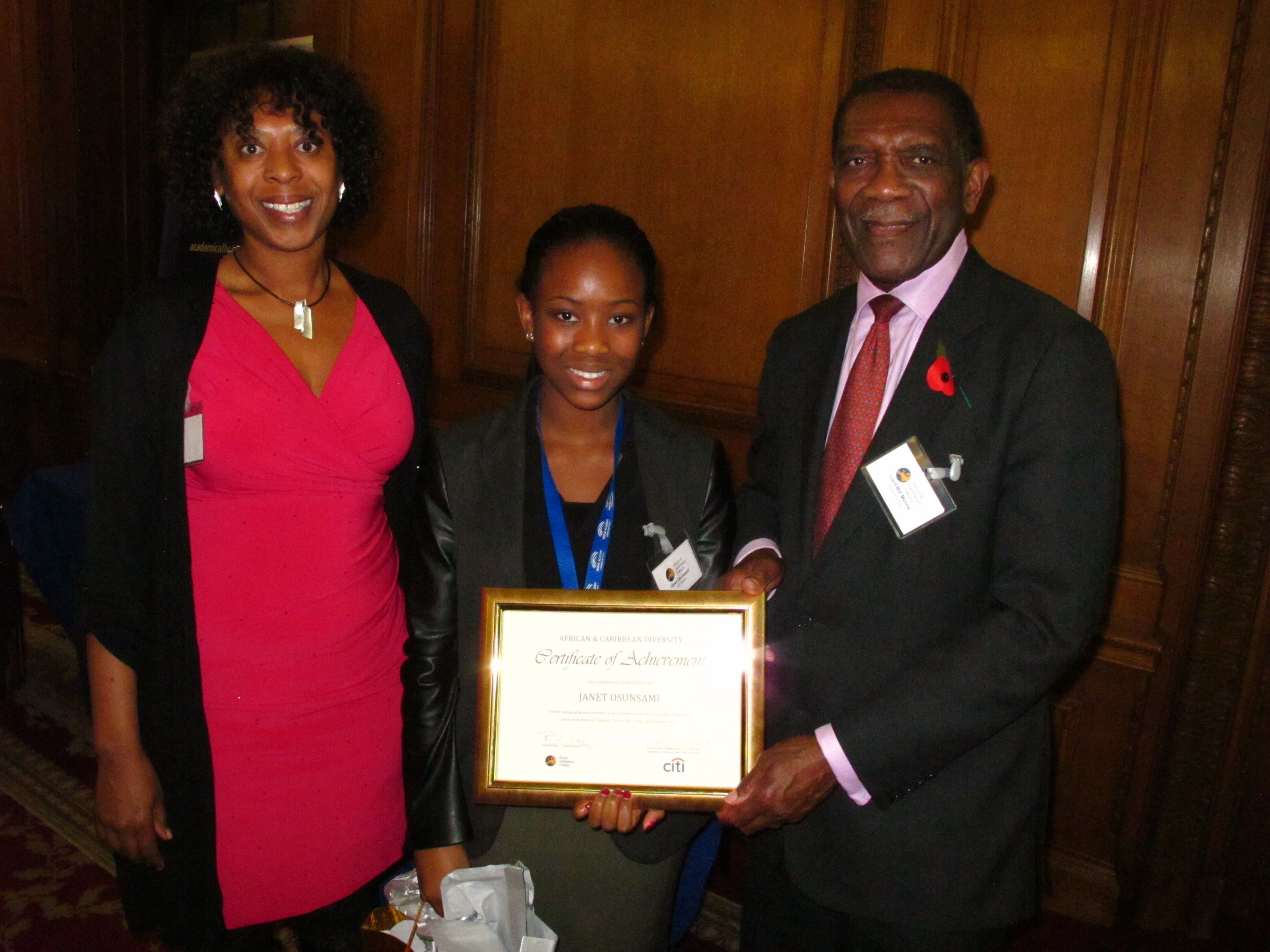 ACD Students, Alumni, Parents, Family, Friends, and Colleagues gathered at the Bank of England on Thursday, 7th November to celebrate 10 years of African & Caribbean Diversity’s impact on Afro-Caribbean Youth in London. This effect was most notable seen in the awarding of ACD’s Top GCSE Prize to one male and one female and one Top A-Level Prize  to ACD students who had outstanding achievements in their exams this past summer. Prizes this year: a Google Time2Touch! 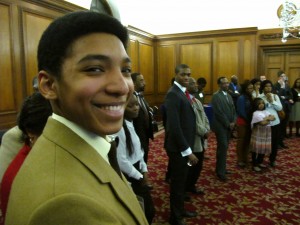 “The reception was a proud moment,” said Brenda King, ACD’s chief executive. “To see the students come through so well and you could see it with the old photographs that we had on display.”

The students were thrilled, though not as much as their parents, who were beaming with pride, some so much that they struggled to talk through their ear-to-ear smile, as their child collected their prizes for top academic achievement.  One mother joked, “I don’t think they mentioned us enough.”  As was highlighted in ACD’s forum on the importance of mentoring and apprenticeships earlier that day, ACD parents play a vital role in guiding their children through these critical stages of their development. It is a task sometimes gone unnoticed, so ACD Parents, well done! 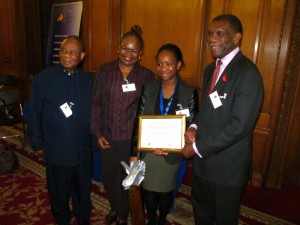 In honour of its 10-year anniversary, ACD also presented a plaque of recognition to the Bank of England for hosting the organization at the prestigious location for a 10th year.  Through its diversity initiatives, The Bank of England has continued to provide opportunities for students to apply to and thrive and the Bank. 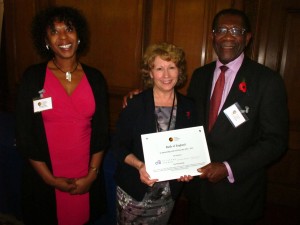 ACD also presented Franck Gomboc, from J.P. Morgan, with an award for Mentor of the Decade.  Gomboc has been one of ACD’s longest serving mentors, mentoring two students since 2005. 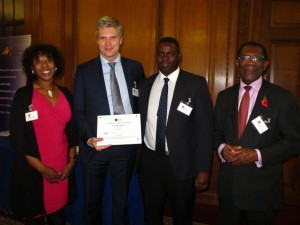 ACD’s Mentor of the Decade

The evening was capped off with wonderful food provided by the Bank of England’s in-house catering team and the sounds of alumni, mentors, and supporters of ACD catching up with one another. ACD Alumni floated about reconnecting and making plans to keep the spirit of ACD going into the future.

Congratulations ACD Award Winners of 2013! We look forward to hearing about your great successes in the future! 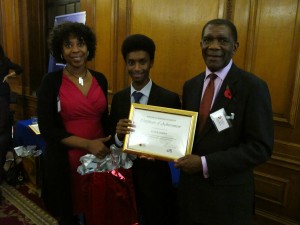