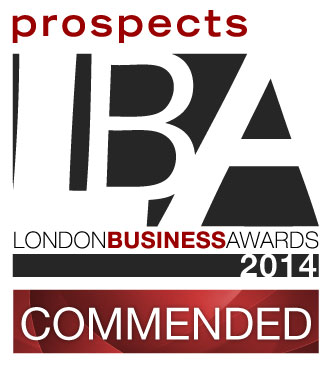 More than 330 guests attended the ceremony and gala dinner, held at The Brewery, Chiswell Street, to hear the winners of each of the 11 categories, along with the overall London Business of the Year 2014, announced. Entertainment was provided by LED Drummers. African & Caribbean Diversity was one of the shortlisted companies selected by an independent judging panel made up of industry and business experts.

Brenda King, Chief Executive said: “We are honoured to be commended for our efforts to raise aspirations and nurture the talent of African and Caribbean pupils from state schools into highly selective universities and the professions. This truly adds to the 10th anniversary celebration of our programme.”

Rose Saunders, Head of Prospects Business Support said: “Congratulations to everyone involved. The judges were blown away by the standard of entries. Although not everyone could win, it proved that there are so many fantastic companies in the capital. For this reason, I am convinced that the London Business Awards will become even bigger in the coming years.”

The London Business Awards are organised by Prospects Business Support,part of the Prospects Group which is a dynamic and enterprising organisation providing a wide range of education, employment and training services in the UK and internationally. The Awards celebrate the many dynamic and innovative businesses in London. Magic 105.4 is the media partner for the London Business Awards 2014.