London, 12 November 2013: Actor Colin McFarlane (Batman Begins, The Dark Knight) is speaking out on creating positive characters and role models for black youth in Britain’s media and entertainment industries. And what better example of positive images of black youth than African & Caribbean Diversity’s work in London. 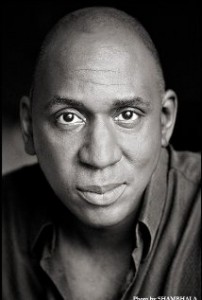 McFarlane highlighted ACD’s mentoring and enrichment programme and 10-Year Anniversary Celebration on a recent appearance on BBC Radio 5 Live, where he said that he learned from an early age that “education is the key.”

For McFarlane, having good role models on screen also helps and he has turned down acting roles that were playing to black stereotypes.

“I want to play roles that you know young black kids coming up can look up to me and go, ya, I want to be a lawyer, I want to do that,” said McFarlane.

McFarlane, highlighted that these stereotypes, however, work both ways. While the media and the entertainment industry tends to reaffirm certain pictures of Afro-Caribbean people: the binman, the cleaner or the drug dealer, on the other hand, black actors have criticised McFarlane for his education, his voice, and for not “fit[ing] the black stereotype.”

McFarlane is currently working on a project called Making History geared towards educating students about their family history and where they come from. His goal is to go beyond these stereotypes, and show students that “we’re all connected.”