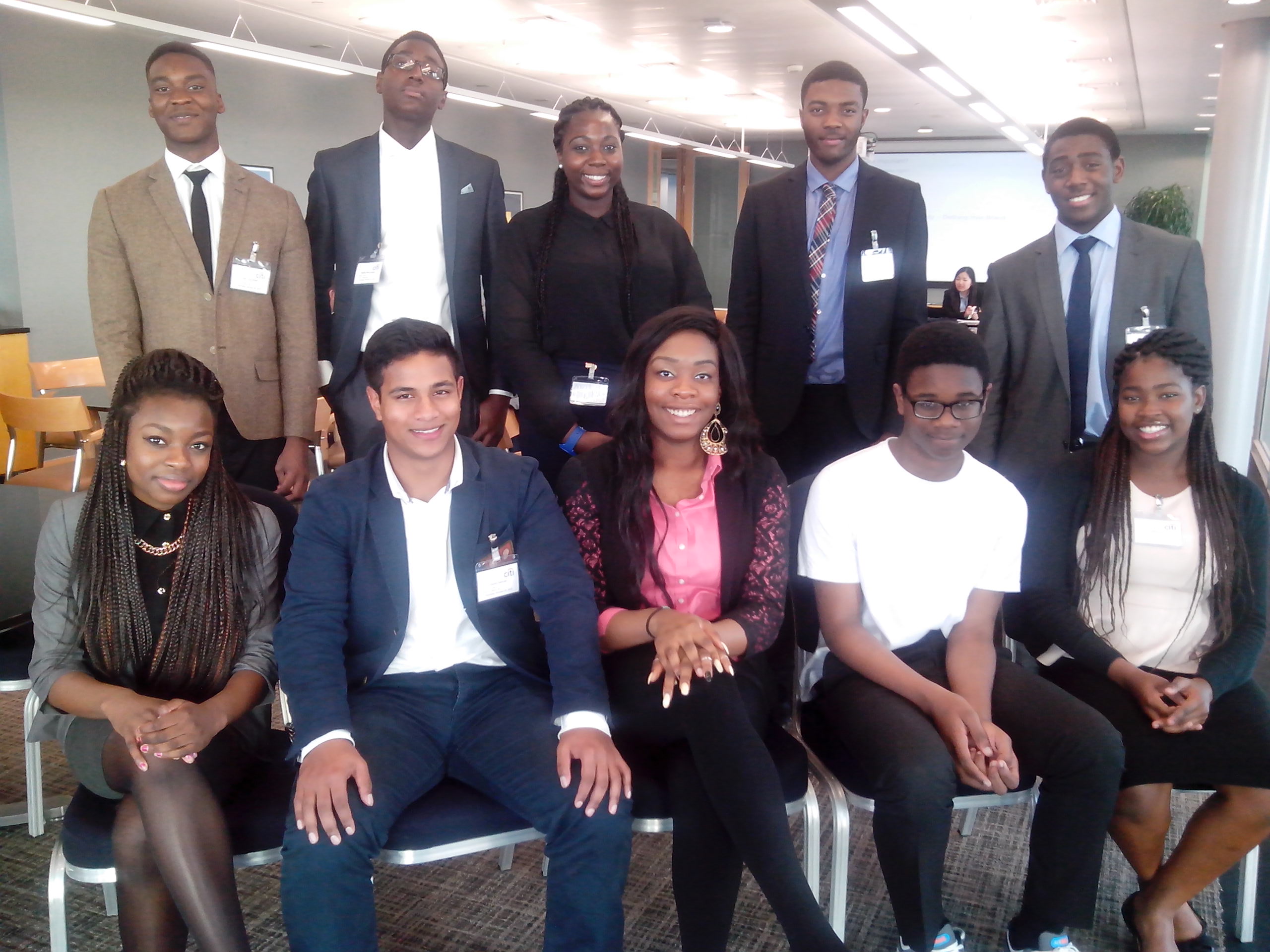 The 10 students were joined by an additional 25 members from the SEO Scholars programme for the one-day skills course learning key skills that were applicable for both work and life.

The day started with the basics: CVs and Covering Letters – the foundation for applying to global firms such as Citi later on. Students were encouraged to make the most of their first and second years of university preparing themselves for work including utilizing university careers advisers and attending recruitment fairs on campus. .

[quote_box_left] “When you do have that spare time to be preparing yourself for  work, do it as soon as you can.” ~ Citi Graduate Recruitment Adviser[/quote_box_left]

After going through effective interviewing techniques as well as mulling over the constant question of whether or not to include a personal statement on your CV (consensus, at this point in their careers students should include a short one as they may not have as much work experience) came the favourite Team Building Activity.  Students had 20 minutes to build the tallest and most cost-effective tower out of spaghetti and this year raspberry and vanilla flavoured marshmallows. The materials cost £1 for every piece of spaghetti used and £2.00 for every marshmallow. 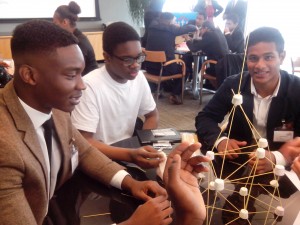 Students gaze at their free standing marshmallow and spaghetti tower

ACD student’s Ayo, Davin, Oamien was on the team that in the end boasted the highest tower at 32.5 inches.

“We started with a square based,” said Ayo. “But then realised that we should go with a triangle base,” he added.

But that was not the challenge and the overall prize for the tallest and most cost efficient tower went to the ACD team (consisting of ACD students Esosa, Esther, Faizah, Jubrile, and Kunmi) who built a 26 inch tower that only cost them £30.

“We didn’t sketch it out,” said Kunmi when asked about how their team came up with their design. “We just knew…it’s common sense.”

Another highlight this year was the brainteaser quiz that had students trying to find the answers to simple problems when you read the questions carefully.

“In the outside world, we have a lot of noise, but the answers are there when we look carefully,” explained Patrick Meshe, one of the co-chairs for Citi Roots.

Meshe led the students in a time focusing on Personal Effectiveness and encouraged the students to plan ahead so they do not miss opportunities. He also introduced them to a whole new vocabulary including words such as : “Jargon”  and “Chaff” and inspired students with inspiration quotes.

Students were most inspired by the phrase “We don’t live for work, we work to live.”

Moving on to Etiquette Training, students went through the importance of corporate dress, punctuality and integrity in the workplace.

Last, but definitely not least, was a session on Public Speaking hosted by a Citi employee who was also from Toastmasters.

Each table had to nominate one person to stand up and introduce themselves to the larger group.

Students were nervous and made excuses to not stand up and speak although they had been raising their hands and asking questions all day.

But in true ACD style, they stepped up to the plate.  ACD student Olivia, got up and sang, while ACD student Ayo inspired the students about keeping an open hand rather than a clenched fist.

In the end the students learned that with practice makes perfect, “There’s no such thing as presentation talent. There’s presentation skills.”

Thanks goes out to Citi Roots and Citi for hosting ACD once again for their excellent and informative Business Skills Workshop! We can’t wait for the next one!

View all of our pictures from our day at Citi here: Citi Roots Business Skills Workshop 2014